Hank Gutstop owes Vic $20.00.  He knows there is no way he can ever pay that back.  So he offers Vic his services for .50 cents an hour at eighty one-half hour intervals.

Sade doesn't like Hank and resists the whole way.


MIS' CROWE SAYS:
Vic thinks he has found the perfect solution to the problem of the money owed to him by Hank Gustop. The solution does not appeal to Sade as much as Vic had hoped — or at all.

I don’t blame Sade for declining this arrangement. Every time Hank gets a job, he either quits immediately, is mysteriously un-hired, or is promptly fired for inappropriate behavior. Even if Sade could tolerate Hank doing odd jobs around the house, it’s unlikely his strength of will would hold out for the eighty afternoons necessary to work off the debt…even if the shifts were only thirty minutes long. Vic, of course, was enthusiastic about this arrangement because it would have gotten him out of a lot of household chores. But alas, it was not to be.
Sade theorizes that Hank was manipulating Vic the whole time, and Rush readily agrees with her assessment of the situation…which makes me think that no, it’s not just Sade who’s skeeved out by Hank. Once again, Vic has a big blind spot when it comes to the Exalted Little Dipper.

We never really ever find out why Sade doesn't like Hank.  We can assume it's because of the money he borrows -- but who really knows? 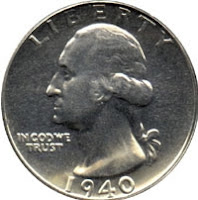 + Vic calls Mis' Wheeler a "gossip and a magpie."

+ Hank was kicked out of the lodge a month previous but had been since reinstated.

+ Rush reads through a 3rd Lieutenant Stanley book through the episode.