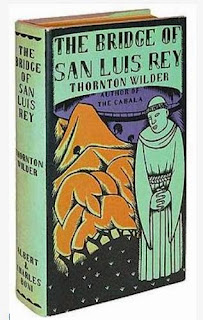 Sade is reading a book that was lent her, but is tired of it.  Meanwhile, Vic reads the paper: he mentions a photo of Headlock Humphries and baseball.

Sade doesn't understand the book she has (The Bridge of San Luis Rey). So Vic says aloud that he wishes he wasn't so 'brainy' and would like to be more like his wife...

Sade makes it known that she wants better communication with her husband.  Vic gives her a long speech about how she makes his life complete.

________________
An odd ending to, what now seems like, an odd episode.  Those pre-Rush days on the show were mushy and unfunny, not to mention the brittle insecurities of Sade.

Here's an intresting portion of the script:

VIC: "Sade, listen I've told you this before, and I'll tell you again.  I couldn't get to first base without you.  Now, shut up for a minute.  You say we've got nothing to talk about anymore.  We got plenty to talk about.  Of course, we're not full of gush and talky talk like we used to be.  That's kid stuff - it isn't for us anymore.  What we've got now is a feeling.  I don't know yet how to say it, you don't either probably.  But we know about it."

+ In this episode, it appears that Sade's mother is still in town and may even be still be staying with the Gooks.  She was mentioned in the first audition and was staying with Vic and Sade.