Sade tries to sucker Vic to go on a trip to the Bijou (Gloria Golden, ugh!) and also visit Dr. Keevy's office, which has recently been refurnished. In the end though, Vic's well-documented fear of the dentist saves the day.

____________________
Until now, we've been under the impression that various Dr. Keevy's office rendezvous with Lolita di Rienzi and Pom Pom Cordova were all Vic's idea.  The script here suggests the original idea for using Keevy's office as a meeting place, belonged to Sade.

+ Gloria Golden and Four-Fisted Frank Fuddleman teamed up on screen for the flick, Kiss Oh Kiss These Lips of Mine, Assistant Trailer-Camp Manager Anderson.

+ Rush mentions the National Safety Council.  It sounds like they may have asked Paul Rhymer to include a PSA... and he double-crossed them: 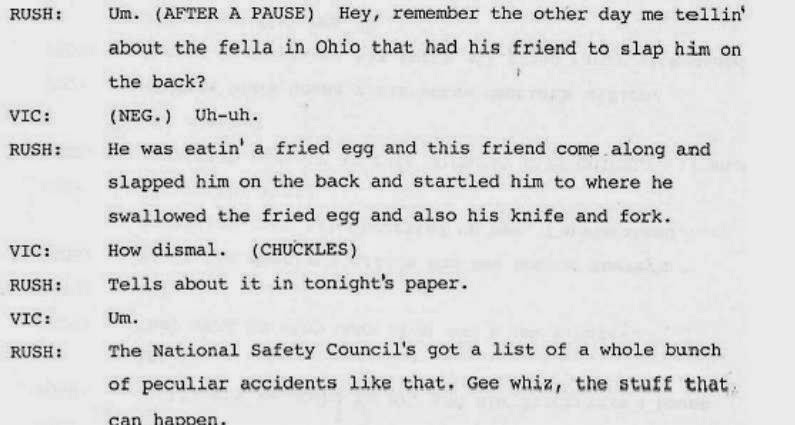