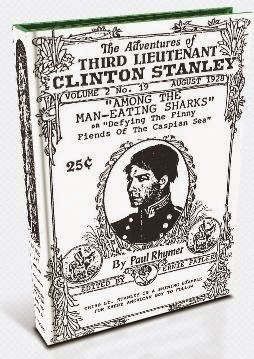 Sade's excited.  She's been gushed on with compliments because of the Mis' Harris.  She dreams of doing it for all of her friends and becoming a millionaire.
cute" flower garden arrangement she did for

Each of the three characters take turns noting others complimenting them this same day. {{{HEAR}}} Rush's "compliment" is the most amusing.

What the episode truly seems to be about however, is Rush's negligence in doing his homework. He's in the doghouse the whole episode, until the last minute or so.


MIS' CROWE SAYS:
Sade tells Vic about her plan to make a million dollars arranging other ladies’ flower gardens for them.

Sade is really endearing in this one. She’s glowing with pride at being recognized for something she does well, and she’s entertaining the notion of earning some money for herself — a novel idea for a housewife in the 1930s. Maybe she’s never really considered the fact that she has any skill that she could use to make money, and the thought is intriguing to her. I think Vic can tell that she’s only humoring herself. After all, we know that she would never dream of asking her friends for money for a favor like this. Sade is generous to a fault with her favors, her (and other people’s) possessions, and her money. She enjoys tallying up the number of people who owe her money all over town, but dismisses it all with a breezy “Oh, she’ll pay” — she never shows any intention to collect on her debts. (Of course, she’s much less generous when it comes to Vic’s friend Hank Gutstop…but that’s a special case.)  She frequently gets herself into trouble because she is unable to say “no” to local Christmas card salesmen, ladies in the Thimble Club, pushy characters like Mis’ Appelrot, and other friends and neighbors in need. Furthermore, looking “pushy” herself is something she dreads and avoids whenever possible (this makes her a typical small-town Midwesterner — I grew up in rural Iowa and I never realized how odious any kind of confrontation was to me until I went out into the world and started interacting with the coastals). I think what will actually happen is that Sade will happily use her free time to draw up landscaping plans for every single one of her friends and she won’t even consider accepting money for it. These are friends, after all.

The subplot in this episode is poor Rush getting the cold shoulder from his parents for neglecting his algebra homework. Vic and Sade have high expectations for their son, and they can be tough on him sometimes. Rush’s hangdog attitude throughout the episode is both funny and touching. So is the reassurance Sade gives him at the end of the episode, allowing for his joyous reentry into the conversation.

The underlying theme of Rush not doing his homework is far funnier than the gardening plot (no pun intended.)

+ Rush's school teacher, Mis' Monroe, is mentioned for the first time in the surviving audio.

+ Heinie Call is mentioned for the first time in the surviving audio.

+ Mr. Ruebush (Vic's boss) is mentioned for the first time in the surviving audio.

+ Third Lieutenant Stanley is mentioned for the first time in the surviving audio.

The [flower] arrangement seems to only be some written down plans for a garden that Sade showed. There wasn't a lot of description as to what it was. Mostly that Mis' Harris was earnest in saying that it was cute and clever. Knowing how much weight that Sade places on social standing, and that Mis' Harris is the town's most prominent person in society, any compliment would definitely send Sade to cloud nine.   - Keith @ Retro Radio Podcast