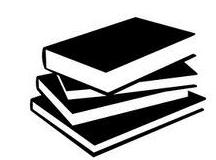 Sade does the wrong thing by telling Vic that Fred Stembottom might possibly be talked into joining the Sacred Stars of the Milky Way lodge.

This really makes Vic angry. He gets Rush to practically bring him his whole lodge library (which by the way, he seems to know by heart!) and sits there sullen and really acts like a small child.

Sade points this out and apologizes a few times but Vic wants to remain mad.


MIS' CROWE SAYS:
This episode presents a lot of quandaries to me — about the social makeup of the Lodge, about Vic’s feelings toward Fred, and about the role class might or might not play in all of this. All that we know for sure is that Vic is extremely upset. Vic isn’t that great at articulating his feelings, so what, exactly, has him so rattled is up for debate. On the surface, it seems to be about Sade’s careless wording, which she apologizes for, as she says, until she’s blue in the face. But he remains so upset that I think there could be a lot of other things going on here.

My first question: is it about class? The reason Fred has not applied for membership in the Lodge before this is money.


SADE: […] Sees you goin’ to meetin’s and wearin’ fancy robes and marchin’ in parades and gettin’ your name in magazines and this, that, and the other stuff, and he’d like to have a part in it. But the expense has held him back. There’s an initiation fee, and a dozen different kinds of dues, and regalia to buy, and I don’t know what all.

The Gooks and the Stembottoms are friends, but there is a difference in class between them. Vic is white-collar. Fred is blue-collar. Fred makes less money than Vic. He may have less education than Vic, and he may lack some of the privileges that Vic has had in his upbringing. (I know Vic was raised on a farm, but so was I, and all my farmer grandparents were university educated.) Is Vic, consciously or unconsciously, bristling at a possible intrusion of a different class into his Lodge?

But then I remembered that Vic’s Lodge members come from a variety of circumstances and professional backgrounds. I can think of at least one who hangs wallpaper for a living. And there are others who are in even more seemingly tenuous financial situations. In one episode, Vic casually mentions that two members of the Lodge marching team, Y.Y. Flirch and J.J.J.J. Stunbolt, “live in a tent on a vacant lot.” And then there’s Vic’s Exalted Little Dipper, Hank Gutstop, who — let’s not mince words — is the biggest bum in town.

But that opens up another entire line of questioning, namely: how do those guys afford the Lodge, if Fred, on a respectable foundry foreman’s salary, cannot? Sade asks a similar question of Robert and Slobert when they telephone from their crowded apartment — how can they afford to waste their money making long distance telephone calls ‘til who laid the chunk? Now I have another hypothesis about characters like Flirch and Stunbolt and Robert and Slobert and Hank: maybe they come from money, but they’re idlers. Their families support them just enough so they can afford to feed themselves and stay in respectable organizations like the Lodge, but that’s all. I’m a big fan of the works of P.G. Wodehouse, and I’m thinking of Bertie’s friends in the Drones Club. They’re all from the aristocracy, but you find them living in run-down apartments, performing in minstrel shows for extra cash, borrowing money from Bertie, and coming up with various Hank-Gutstop-like schemes and inventions to make themselves rich. They’re upper-class, but they’re poor because they waste their allowances, or they’ve had their allowances withheld for going against the wishes of their parents — and honest work is certainly not an option. There are a lot of parallels between Bertie’s crowd of eccentric friends in the Drones Club and Vic’s Sky Brothers.

It’s an intriguing hypothesis, but it lacks evidence for now. The most likely reason that Vic is so upset? Not money, not class — he just isn’t all that fond of Fred. I’m not so sure Sade is right when she says “You’d like to have Fred in the Lodge…ya know ya would.” There’s lots of evidence in many episodes that Vic finds Fred tiresome, and the prospect of Fred entering a formerly Fred-free zone has Vic totally flustered. Because he must hide his true feelings about Fred in order to maintain the friendship with the couple, he’s taking it out on Sade. I wonder how their game of five hundred later that night went...

In some ways, I can understand him defending the lodge. An attack on it is an attack on him. But the fact of the matter is, Sade apologized many times in this episode and did so sincerely. She admitted she was wrong and had approached Vic in the wrong way.

Vic doesn't budge. And more importantly, he puffs up like a child and won't acknowledge her or her attempts to apologize.

+ Upon hearing that Fred might be "talked into joining the lodge", Vic instructs Rush to get him volumes #2,4,6,8,9 and 10 from his lodge library. That's the first time in the surviving episodes he has ever asked for or named any other lodge book other than Volume #7. Eventually he does ask for Volume #7.

+ Vic wants Rush to read the poem aloud. But his attempts after the first stanza are squashed by constant interruptions by Vic and Sade and he's never given a chance to finish: {{{HEAR}}}

If you have been following the blog, that sound clip should remind you of Rush trying to read a letter from his Aunt Bess in this episode: {{{HEAR}}}

+ Considering Vic says that new lodge members are investigated and it seems apparent that the investigation looks into an applicant's financial matters, one wonders if Vic were applying for membership in 1941, that he would be allowed to become a part of the Sacred Stars of the Milky Way, considering he is almost always past due on his bill to the Kleeburger store?

+ Ruthie Stembottom calls and the two couples set up a game of "500" even though it seems apparent that Vic doesn't want to play.