Sade, determined to clean the downstairs, must endure Uncle Fletcher's clumsiness and bothersome repartee. Finally, she gives up and goes shopping. 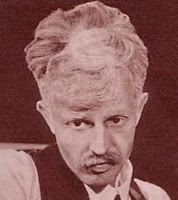 This is the first instance so far where anyone shows annoyance with Uncle Fletcher.

Although his intentions are commendable, he's all thumbs and a bit of a nuisance in this episode.

+ Sade has four telephone calls in the episode, all asking her to go to the Yamilton's washrag sale. The callers were: Ruthie Stembottom, Mis' Trogle, Mis' Brighton and Mis' Donahue.

+ Tom Yarder is mentioned for the first time.  He's a grocer in Dixon, Illinois and was one of the first in that town to get a telephone.