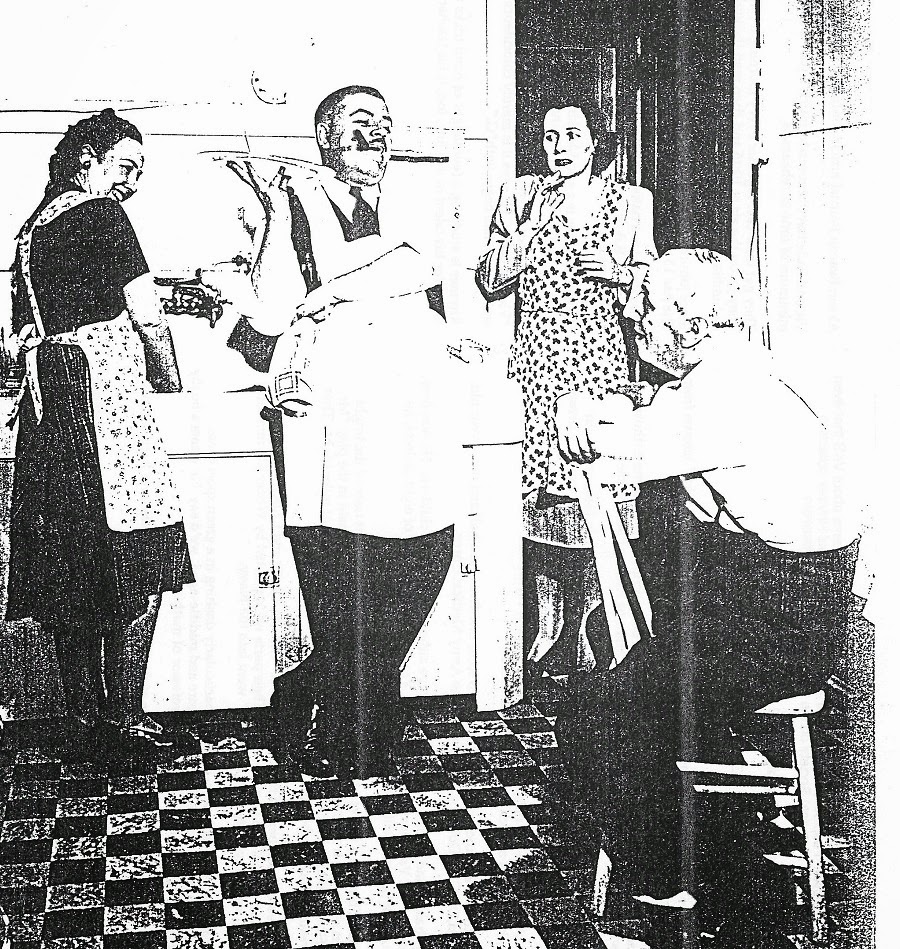 Dottie Brainfeeble continues her stay over at the Gook house and has been joined by her husband Chuck who seems to be louder and goofier than she is.

This show has that couple washing dishes together, playing, joking, goofing off, running around and making a lot of noise; so much so that Sade finally loses her temper.

According to Vic and Sade historian Barbara Schwarz, Dottie first appeared on the show, February 10, 1943 and was on there until May of the same year. You have to wonder about what the people who were listening in 1943 thought though, with Dottie and/or Chuck making them cringe for many, many days in a row. Did they turn off the radio, never to hear Vic and Sade again? Did they endure and enjoy the shows?

I've often tried to put myself in their place - I honestly think I would have turned off the radio and never listened to the show again. Well, certainly not during the time Dottie was on there.

The addition of Chuck is even worse. Far worse! (By the way, this would have been Chuck's 3rd consecutive appearance, according to Schwarz's records.)

Vic, as much as he hates the Brainfeebles laughing, yelling and literally running around in his house, never once says a bad word or raises his voice the entire episode!

+ Sade says Dottie and Ruthie Stembottom are suspicious of each other

+ A date is set up with the Stembottoms to come over and play "500" and talk is also made of the Brainfeebles playing - yet we know from this episode that Dottie can't play cards - because she's "fat."

A typical moment in this episode sounds like this: {{{HEAR}}}

+ The part of Chuck was played by veteran Chicago radio actor, Carl Kroenke.