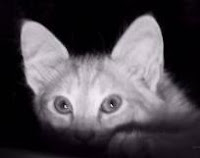 Uncle Fletcher informs his niece Sade that he will be staying at a hotel; she immediately thinks he is there to scare her once again into thinking that he may be moving into the dangerous Bright Kentucky Hotel.

But Hank Gutstop, who is still working for the Butler House Hotel as a house detective, is going on vacation and has asked Uncle Fletcher to stay in his Bridal Suit(e) for a two week period as he has pets that need feeding.

________________________
Uncle Fletcher still feels an important development may be stirring in regards to his landlady, Mis' Keller, and her gentleman friend who resides in Yellow Jump, North Dakota, but it could be two weeks away.

Let's see, two weeks away - the same amount of time as his stay at the Butler House. Is the whole thing with Mis' Keller-getting-married just a trick by Uncle Fletcher to have some kind of puppet string on Sade so she will pay oceans of attention to him?

+ It is explained in this episode that Russell is away with friends at "the lake."

+ The date of this broadcast was July 19, 1944. That means that Hank Gutstop has had his detective job exactly 155 days or more than 5 months. Go figure!

+ Hank Gutstop has a parakeet, fish and a cat. It's hard to believe the Butler House Hotel would allow pets, especially a cat.