We missed it (in a missing episode) but it appears as though Uncle Fletcher's landlady, Mis' Keller, has finally been proposed to and has accepted a marriage invitation from the fellow from Yellow Jump, North Dakota (whose name, we find out, is Mr. Feedburn.)

Meanwhile Uncle Fletcher claims he's been running himself ragged, making train reservations - but not for the happy couple - for himself. He's going to go on a trip so the honeymooning couple can have the house to themselves. He's taking the honeymoon for them!

+ Vic had been playing indoor horseshoes and had beaten Ike Kneesuffer and Charlie Razorscum. In every episode where we've heard the outcome of the indoor horseshoes, Vic has always been the winner or was ahead when he dragged away for some duty at his house. 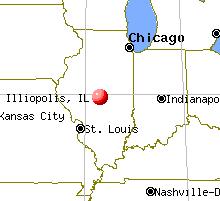 + Just as in a previous episode, Uncle Fletcher says "pow pow" instead of "pow-wow."

+ One of the cities that Uncle Fletcher tried to make a train reservation for was Illiopis, Illinois. In the year 2000 census, less than 1000 people lived there.

+ The honeymoon couple plan to see the sites of the town. One of the sites mentioned was the football stadium. This is the first mention that the town had a stadium or a football team.

+ Uncle Fletcher nonchalantly mentions that he will be able to keep his room at Mis' Keller's house. After all of the stress and strain Sade has gone through about Uncle Fletcher possibly moving to the train-busy area of the Bright Kentucky Hotel, he simply casually mentions this.