Sade chastises Vic for his social no-no of not complimenting the Husher's baby on his way home from work.
SEE SOME DIALOGUE AND THE SYNOPSIS 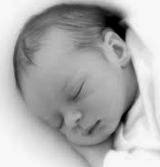 It's funny how times have changed.  In 1938, people you barely knew would get offended if you didn't talk to their baby; today if you take the time to talk to a kid (especially in the grocery store) their mother gives you a dirty look as if you are trying to molest their child.  I guess I really can't say I blame the mothers, as the world is full of weird people.

Sade talks like Mr. Husher wouldn't know Ike Kneesuffer; I think the two have already met.  We don't know exactly where the Hushers live, but it's probably just around the corner on Kelsey Street.  We don't know exactly where the Kneesuffers live either but I have always imagined them living on Kelsey as well.  They could live right next door to each other or across the street.  At any rate, it's a good bet they know each other.

+ Rush was at Seymour's vacant lot in this episode.