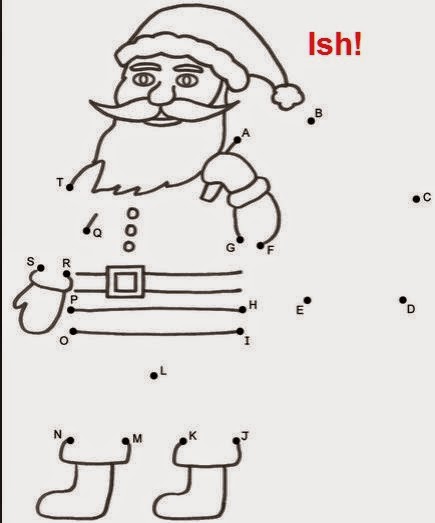 Vic and Rush are impressed with Hank Gutstop's idea to wrap, then hide Christmas presents from families and then deliver them on Christmas, dressed as Santy Claus.  Sade, though, is unimpressed.

___________________
You can see that Vic's fake attitude towards the undone meat (pretends he is mad) and it is the impetus for future jokes about the meat not being done, such as when he tells Sade on numerous occasions that she should [paraphrasing] "pack your bags and quit the premises."  Of course, there's never a lunch episode where they don't have to wait for the meat to cook.

The Santy Claus scheme by Hank isn't a bad one but I worry how much business he'd garner by charging fifty cents a package. Ten cents seems to be a much more reasonable rate.

The boys think it's a reasonable rate while Sade disagrees.  When in doubt, always take Sade's side.

This episode doesn't seem particularly funny but it's part of the 1938 formula of episodes so much that "hearing" this one isn't hard to do if you try.

+ This episode was broadcast the Friday after Thanksgiving, 1938.

+ Although I hesitate to call 1938 an "early episode" this is one of the rare early episodes where Sade is actually sarcastic.

+ Even in 1938 Sade really dislikes Hank Gutstop.  This episode has an all-time great zinger in it from Sade when she says: "I wouldn't dirty my shoe kicking him downstairs."  Come on Sade, tell us how you really feel.

+ There's another great line in this episode from Rush: "I bet if mom was drowning in the Atlantic Ocean an' Hank Gutstop rescued her an' saved her life, she'd say, "ish".