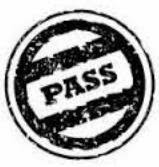 ___________________
Riding on the wagon with Gumpox and being near Howard are very important to Fletcher.  It's a big part of his social life, not to mention that he has a love for horses.  The garbage pass is one of the most important things in Uncle Fletcher's life.   But it's apparent from this and another episode that writer Paul Rhymer tries to make it clear to us, is that Fletcher doesn't like to get wet.  He doesn't mind a potato peel getting on him, the obvious smell of the refuse or getting dirty in general.  But by golly, if the rains come, he's going to jump in the back with the trash and hide under the tarp.  Hiding under the tarp can create steam, which Fletcher doesn't like.  He and water must not get along.

Unscramble an egg?   Nicer Scott once claimed he could unfry an egg.