While opening cans for their supper, the Gooks gab and grow weary of the sight of the canned food and decide to ditch them all and instead go to the Glowworm Hamburger Palace. 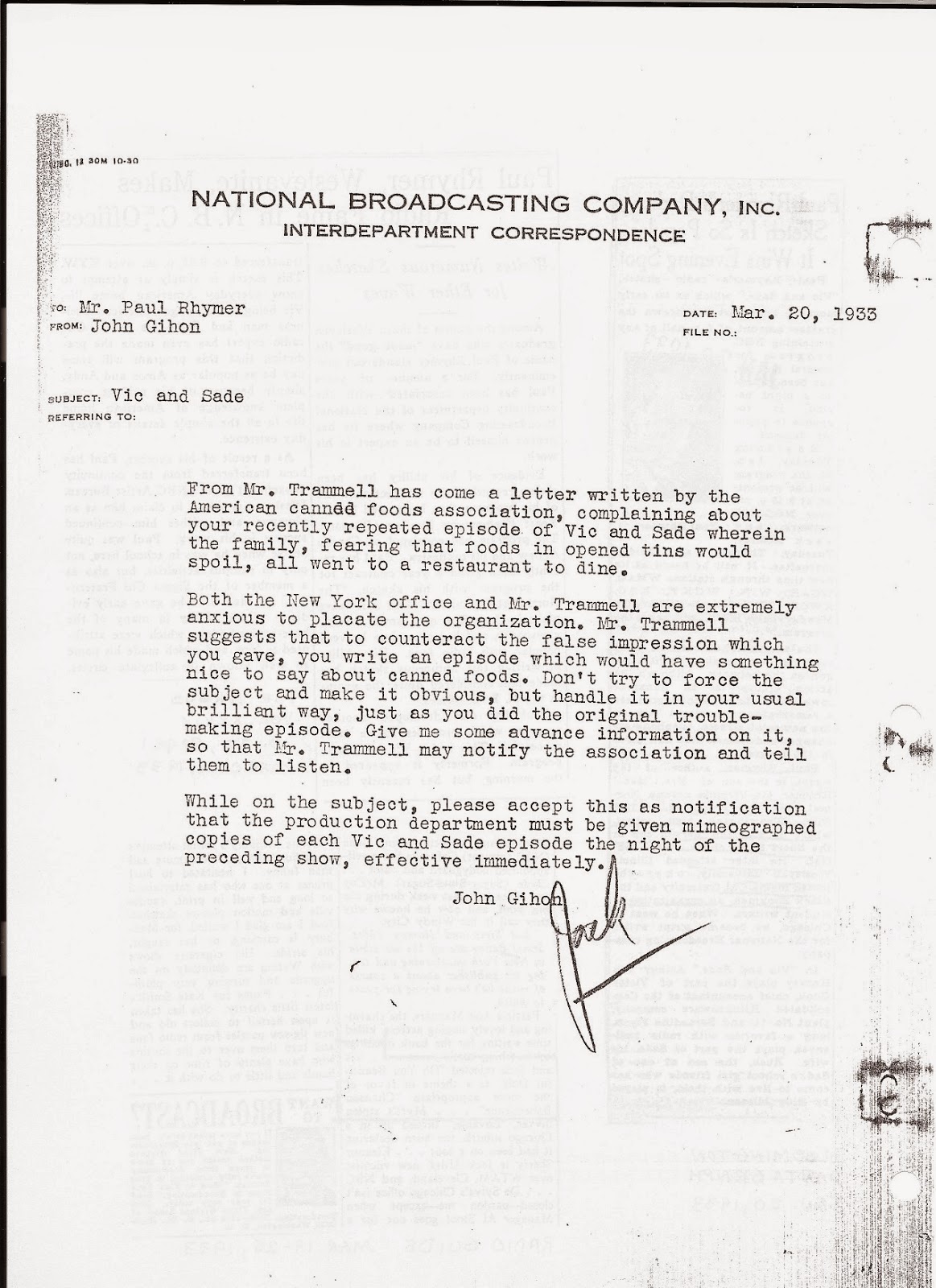 ___________________
This synopsis comes from a newspaper article.  This is the only time we have the name of the Glowworm Hamburger Palace recorded in the data.

According to the article, Vic had stated that the food had probably gone bad in the cans since they had gabbed so much.  This created a small firestorm of mail from canneries all over the United States.  The firestorm was large enough that writer Paul Rhymer later wrote another show about [the safety and joy of] eating out of cans.

The date is unknown (although it must be 1943 or before) and the episode title is one I have chosen purely for identification purposes.