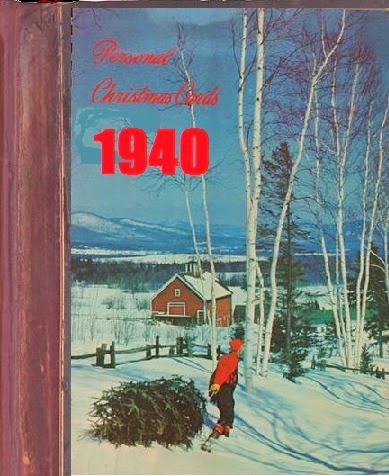 Vic gets a package in the mail from Robert and Slobert Hink.

Surprise!  It's a Christmas card sample book and Sade couldn't be more thrilled (I'm being sarcastic, of course.)

As a matter of fact, a few of the usual running jokes show up here as well: beef punkles not done because they were delivered late in the morning, free cole slaw at pool hall post card, Mr. Donahue sleeping/boys be quiet, and the Latin lodge nonsense.

Overall, this episode seems run-of-the-mill at best; it's probably better described as a re-hash of prior, somewhat tired, scripts.

+ Sade refers to the Hink twins as "Hobart and Slowbart Fink."

+ Sade lists most of the Christmas card salespeople that are listed here.