Rush's Junior High Principal, Mr. Cullender, is about to make a call on the Gooks, so he can meet the family; he's making the rounds of all the students and their parents.  So Rush gets a big idea that he will choreograph every word and move Vic and Sade will make when the Principal arrives, so they will make Rush look good.

As far as I can tell (in my opinion) this is the first time that Vic really throws on the humor.  This script is loaded with funny Vic lines.  I hope you enjoy it as much as I do. 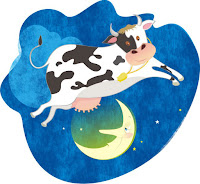 + Mr. Chinbunny, the High School Principal, will make at least two trips in the future to the Gook home (Rush and Russell each have Vic trying to teach him how to smoke cigars).

+ Vic was wearing suspenders in this episode; Sade mentions the odd design - which was cows jumping over moons...

+ I believe this is the first episode that we know about where Sade comments on items that passers-by carry.