Russell is stuck at home having to write an essay on birds but he seems to have not done any research and therefore is bereft of words to fill out his paper. His friend Arthur Grump saves him by calling on the telephone and inviting him to the Bijou. He cons Vic and Sade into putting off his homework until the next morning.

+ Two new friends of Russell are introduced in this episode: Bertha Fabre is a girl in his English class. Arthur Grump goes to school with Russell and invites him to go with him to the Bijou. 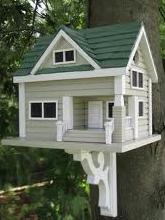 + We learn that Fred and Ruthie Stembottom have a green bungalow birdhouse in their backyard.

+ Vic says B.B. Baugh claims he was elected "Nightengale of Dismal Seepage (Ohio.)" Also, he had a girlfriend named Dorothy who would forget to put pepper in fudge.

+ We find out that Mis' Sutton is the English teacher at Russell's school.

+ Perhaps the best moment of this episode is after the phone conversation that Russell has with his friend, Arthur. This is when he tells Vic and Sade the name of the film (presumably, Gloria Golden and Four-Fisted Frank Fuddleman:) {{{HEAR}}}