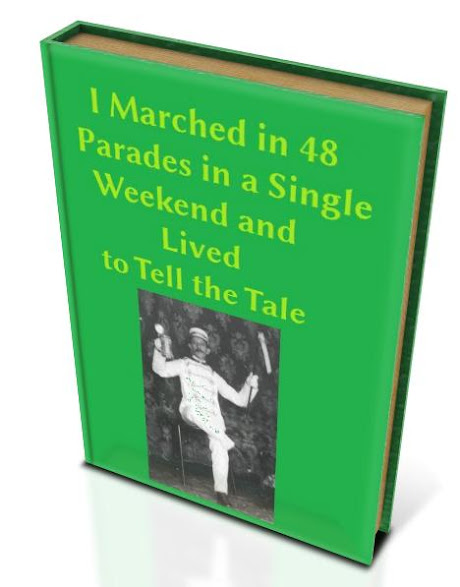 It's time to clean the bookcase and so Sade gets young Russell to help her do so.

Once they go digging in the bookcase, they find a myriad of books and pamphlets with unusual titles.

+ A pamphlet was found: "Doctor Fumble - scientific chemist whose compound [is], "The Famous Raspberry Bitters for Nervous, Frantic, Run-down People, Who is Willing to Bet a Thousand Dollars You Don't Know Your Own Stomach." 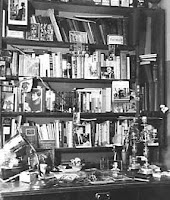 + A book was found: "Our Friend the Diamondback Rattler." It used to belong to Blue Tooth Johnson; it was given to him on his 7th birthday by his grandmother. The book provides proof that Blue Tooth's real name is "Edwin" - we also know that Rooster Davis also has the real first name of "Edwin."

+ There are two books that we can deduce probably belong to Vic: "I Marched in 48 Parades in a Single Weekend and Lived to Tell the Tale" and "The Efficiency of the Pennsylvania Lock and a Step Compared with the Redbank, New Jersey Giant Stride."

+ A leaflet is found entitled: "Think of Your Toes as Sweet Flowers in the Garden and Give Them Pretty Names and You Will Drop Off to Sleep Quickly and Beautifully" - Russell contends these leaflets were given out at the Butler House Hotel barbershop to guys waiting to get a haircut.

+ The book, "A Fish and How They Got No Sense" was found and inside of it someone had written this on the flyleaf: "I found the dead crushed violets you concealed in my mashed potatoes and gravy, Howard and also the little bracelet of seashells."

Vic and Sade boasts a history of other things hidden in mashed potatoes including butter patties and olives.

+ Sade says she saw a man at Yamilton's passing out literature that looked exactly like Gus Fuss, the Consolidated Kitchenware employee from Dubuque, Iowa, who had once Visited Vic.

+ We learn that Oyster Cracker's cousin Lombard is slyly sarcastic; so much so that his victims sometimes don't realize the sarcasm until hours later.

+ Sade reveals that she keeps her best hat in the bottom buffet drawer.  That must be a huge drawer with all the stuff that's in there.