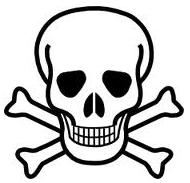 The lodge is being remodeled and Vic doesn't feel secure about the painters; they may get inquizative and seek out the lodge ritual. So, he brings the ritual home.

At home, he seeks for a place to hide it and can't seem to find a secure place. Meanwhile, Russell and Sade read and write on his ritual, respectively and in the end, it winds up torn in half.

Vic tries to tell a couple of horror stories about people who fooled around and let the ritual loose from their responsibility. He's afraid for his life.

+ Sade is all about baking some goodies in this episode and Hooper Dip seems to be vital to her upside-down cake. Whatever Hooper Dip is, it isn't on the internet and may be an imagined food, like beef punkles or brick mush.

+ Vic tried to tell the story of Sky Brother Harlow N. Footy of East Botchfield, Ohio. He confided a lodge ritual to his sweetheart in 1914 and in 24 hours, he was seized out of bed by six men.

+ Russell divulged bits and pieces of the ritual, including: "Be it known", "Skull and crossbones of immortality" and "This little band of glorified souls."

+ Sade uses the word, "bosh" twice where she would usually say, "ish."

+ Mis' Appelrot calls and gives a recipe to Sade and she seems to be pleased she called. What gives?

At the end of the original program, the organist played this little humorous ditty: {{{HEAR}}}