Russell, Vic, Uncle Fletcher and Sade are all at the house but all are getting ready to leave, each going a different direction. 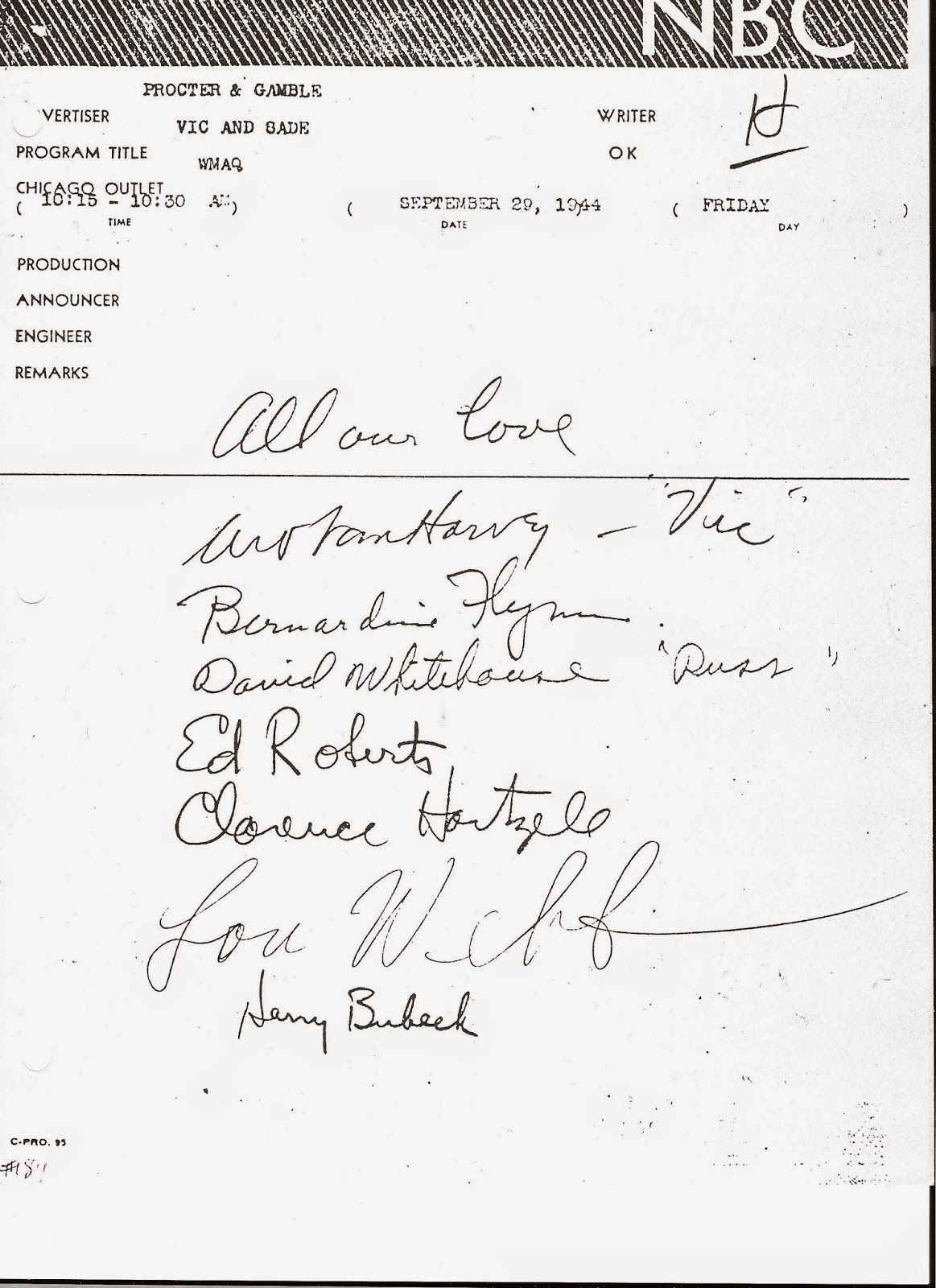 The episode is a metaphor of the entire series, Vic and Sade, which ended after this show. It had been on the air for 13 consecutive years.

The show would come back to the air in about a year's time but the show would change and would sadly begat some real actors playing parts that we have only imagined in the past.

This final episode to the original 13 year run has a special ending which I have kept as part of the original program. The ending sounds like this: {{{HEAR}}}

+ Russell is all dressed up to go watch the fat men play handball at the YMCA. One wonders why.

+ Sade is going to the Bijou with Mis' Kilgore and Mis' Trogle. Recall that Mis' Kilgore lives near the Stembottoms.

+ It is mentioned for the first time that Vic's lodge meetings are held at the Unity building, downtown.

+ Uncle Fletcher mentions Martin Jordle and notes he is from Sycamore, Illinois. He helped bury Anderson L. McFlutcher, who had got caught between two cyclones.

+ Uncle Fletcher has plans to spend the evening with "jumpy" Mr. Feedburn, who was obviously not so "lost" after all. They plan to: fool with the peanut machine in the inter-urban station (Uncle Fletcher is half-owner), hang around the Butler House Hotel lobby and listen to the drummers talk politics and go down to Chicgao-Alton depot and watch the fast meat train to Kansas City go through.